We are a family owned and operated company located in South East Michigan specialized in Mosquito Termination.

What Makes You More Susceptible to Mosquito Bites 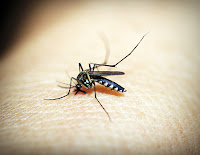 Mosquitoes are without a doubt one of the most annoying creatures on the earth. They can take a fun summer day and turn it into a disaster in no time at all. And they don’t just ruin the day, but can continue annoying you for much longer as their bites can remain itchy and painful for days or even weeks after. However, it seems that some people have all the luck when it comes to avoiding these pests and some people seem to attract them. So, what makes certain individuals more susceptible to mosquito bites than others?


In order to understand why some people have more problems with mosquito bites than others, let’s first look at why mosquitoes bite anyone. According to Dr. Mercola it is actually only the female mosquitoes that bite humans, males feed off of flower nectar and leave people alone. The female mosquito needs the protein in blood in order to produce eggs and will therefore get it from you or another warm-blooded source. They do have a preference of where their meal comes from though, which is why some are more susceptible than others to their annoying pokes.

Why they bite some people and not others?


Mosquitos can smell a person from 50 meters away according to WebMD and what they smell on you could signal them to come in for a bite. The research tells us that they are most attracted to high concentrations of cholesterol and uric acid on the skin, so those who produce more of these substances are more likely to get bitten. They are also attracted to carbon dioxide so those who give off more, namely larger people like adults as opposed to children and also pregnant women, are more susceptible.

Dr. Mercola says they are drawn to lactic acid as well, which is produced when you sweat, so those who sweat a lot or are moving around excessively, such as someone playing sports, will have a greater chance of attracting mosquitoes. However, those who produce 1-methylpiperazine, a naturally occurring chemical compound, were rendered nearly invisible to the mosquitoes because this compound blocks their sense of smell. So basically, a great deal of it is a matter of genetics and which substances you produce and whether these substances are attractive to the mosquitoes or not.

What you can do about it?


While a large portion of whether you are susceptible to mosquito bites or not is a genetic lottery, there are some things you can do to lessen your chance of being bitten. As we have seen, they are especially drawn to movement and heat as well as carbon dioxide from your breath and lactic acid from your sweat so one of the best ways to prevent a mosquito attract is to remain stationary and not exert yourself. While you are lounging around, however, Dr. Mercola recommends abstaining from a beer or wine cooler as drinking alcohol also attracts mosquitoes although researchers are not sure why. 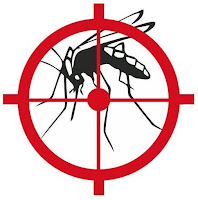 You can also use chemical mosquito repellents to ward off these pests. WebMD recommends using a spray with at least 23.8% DEET as this will protect you for up to five hours. Some people have concerns about applying DEET to their skin, but they say it is relatively safe and there have only been a few hospitalizations related to its use and most of those were due to improper or over use.

You can also hire a reputable company such as Mosquito One to spray your outdoor space and get it mosquito-free for summer. We offer our services for both residential and commercial properties and have a 100% satisfaction guarantee.